This helicopter was built over four days as a companion to the first one.  It was also built with a bucket, which I took from my mother.  She put up a fight, but in the end she gave in.  I used coca cola bottles for the windows of the helicopter and wires to hold everything together.  The propeller is made from a small toy with a small turbine that was discarded by my neighbors. 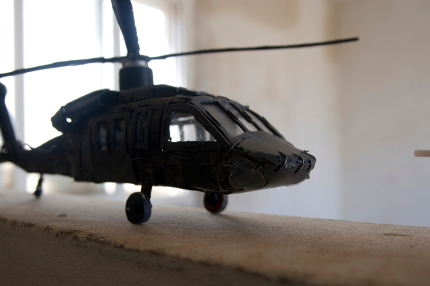 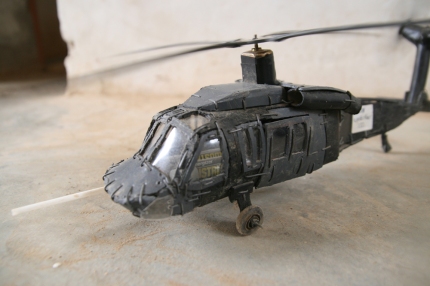 Excavator and wheel loader and bulldozer 2013